Personal Mission Statement: “I’m committed to being totally available and responsible to Mid-Southern California Area 09 members, to help provide a healthy infrastructure to communicate among individuals, Groups, Districts, Area, and the General Service Office, while using as few acronyms as possible!”

I’ve come to believe that General Service is like a spiritual gym that exercises the Service parts of our psyches in ways that do not otherwise get exercised in A.A. meetings, as vital as they are to Recovery. Having suffered a senior moment and geographic dyslexia, thinking that Tucson was between California and Phoenix, I prearranged for me and Jose to stay in Tucson on our way to Phoenix (go figure!) for the celebration of La Viña’s 25th anniversary. Much to my pleasure, this 220-mile, roundtrip detour landed us in a 5:30 meeting in Tucson with past General Service Trustee, Nancy H, current General Service Trustee, Paz P, their respective husbands, and Area 03 Secretary, Kathy. Afterwards, we had a spiritually and physically nourishing dinner, a midnight thunderstorm with instantaneous lightening, and memories to last a lifetime!

Like our annual Foro in July, the La Viña celebration is an opportunity for me to be in the minority and to practice patience, humility, and tolerance, as I continue to grow towards being right-sized. This was my sixth La Viña celebration, so I keep coming back, where each year I’ve been one of fewer than 10 English-speaking A.A. members in attendance. First published in 1996 as a service to the Fellowship, this bimonthly magazine, written by Spanish-speaking A.A. members, has in the last five- or six-years become, like the Grapevine, staple-free and in color.

For 3.5 hours on Friday night, 8.5 hours on Saturday, and 4.0 hours on Sunday morning there were nine round tables (“Mesas”), most with four panelists, and a total of 29 presentations, including a recording session for 7-minute La Viña stories, chaired by the magazine’s current editor, Karina C. With 150ish people in attendance, two bilingual volunteers tag-teamed translation duties for about five English-speaking members. For 16 hours they tirelessly provided word-for-word translations much to the audio pleasure of we-five, as the Hispanic panelists provided the visual animations (calisthenics in the case of Area 93’s Raymundo L!) that characteristically energize Spanish-speaking presenters.

I love going to bed with better thoughts than the ones I wake up with! And one of my best thoughts at this year’s La Viña celebration was to purchase a recording of the weekend for the translators as a way of thanking them for their service. At a cost of $30/tape divided by 16 hours of very intensive translation, this amounted to $1.87/hour. Whereas this rate is well below minimum wage, in terms of service value, it was invaluable to the five-person, English-speaking remote community in the room!

Recordings were available on either CDs or a USB flash drive. So, midday on Saturday, I asked the translator how she would prefer to receive the recordings, which precipitated one of many Godshots of the weekend. She responded by choking back tears, and told me she had just enough money to buy either a La Viña subscription for a sponsee or to buy the recordings, and she had decided to purchase the subscription. Now, with my gift, she would have both, which touched both of us. In my opinion, this is just one more example of God showing off, which is not at all unusual for those seeking Him in A.A.!

The first such celebration in 2015 has rotated among about half of the 15 Areas in the Pacific Region. The 26th La Viña anniversary celebration will be in Las Vegas. Whether you speak Spanish or English, and particularly if you’ve never participated, I encourage you to come to Las Vegas in July 2022, on a date and at a place to be determined, and experience a predictably-wonderful experience. Amazingly, but also characteristically, by Sunday afternoon, a total of 1,225 new or renewed subscriptions of La Viña were bought!

Each year there is a play where no words are spoken, and headphones are extraneous. Perhaps to allow anonymous video recordings of the play, a masked cast of about a dozen people depict an alcoholic in her disease being pulled towards the light by actors dressed in white and towards the dark by actors dressed in black, portrayed as drunks, addicts, thieves, and various other low lives. We see loved ones and good things in her life dissolve as drugs and alcohol siphon away her soul force. Off to the side are two actors dressed in blue, with A.A. emblazoned on their chests, participating in a tug-of-war to bring her into the light of our Fellowship and away from the darkness of the next drink. By play’s end, A.A. once again provides the hand that saves her life. And for the sixth time in a row, I’m left swabbing at tears, thankful that I’m a small part of this inclusive Fellowship committed to helping all alcoholics who still suffer!

In Love and Service, 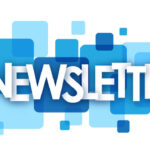